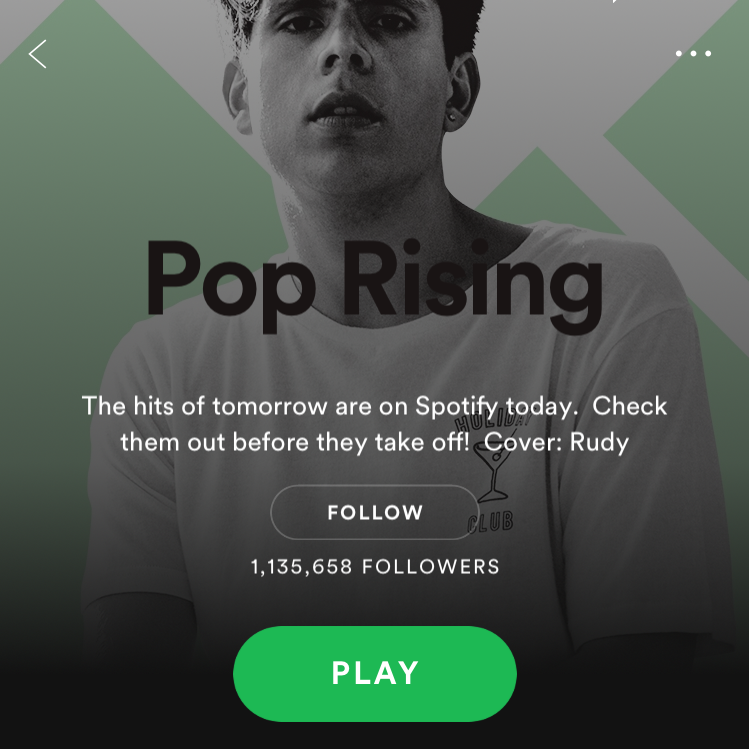 I can’t write without having music playing in the background.  I follow a lot of playlists on Spotify, but one of my favorites for writing is the upbeat Pop Rising.

The Pop Rising playlist boasts of playing the hits of tomorrow, today.  The playlist identifies the songs that Spotify thinks are going to be popular.  They are almost always accurate.  Most of the songs they add to the playlist eventually end up on the Top 50.  Is it luck? Is it skill? While impressive, I don’t think it’s simply luck or skill.  I think it is the power of a self-fulfilling prophecy.

I like pop music, so I tune in.  Tons of other people do the exact same.  Suddenly, the number of streams on those songs go up.  The popularity continues to go up as people share the songs and before you know it, they become the top fifty most-played.

Don’t get me wrong, I’m not against this method.  Quite the opposite, I admire it.  The songs become popular on Spotify because Spotify says they will.

Part of the song’s success is first, being a good song, and second, being on the right list. Imagine if we did the same with our goals and our career.  If we made sure that we had the skills and then clearly identified what we want to accomplish.

Being a great song is awesome, being on the right playlist is record-breaking.  Being great at what we do is awesome, achieving our dreams is life-changing.