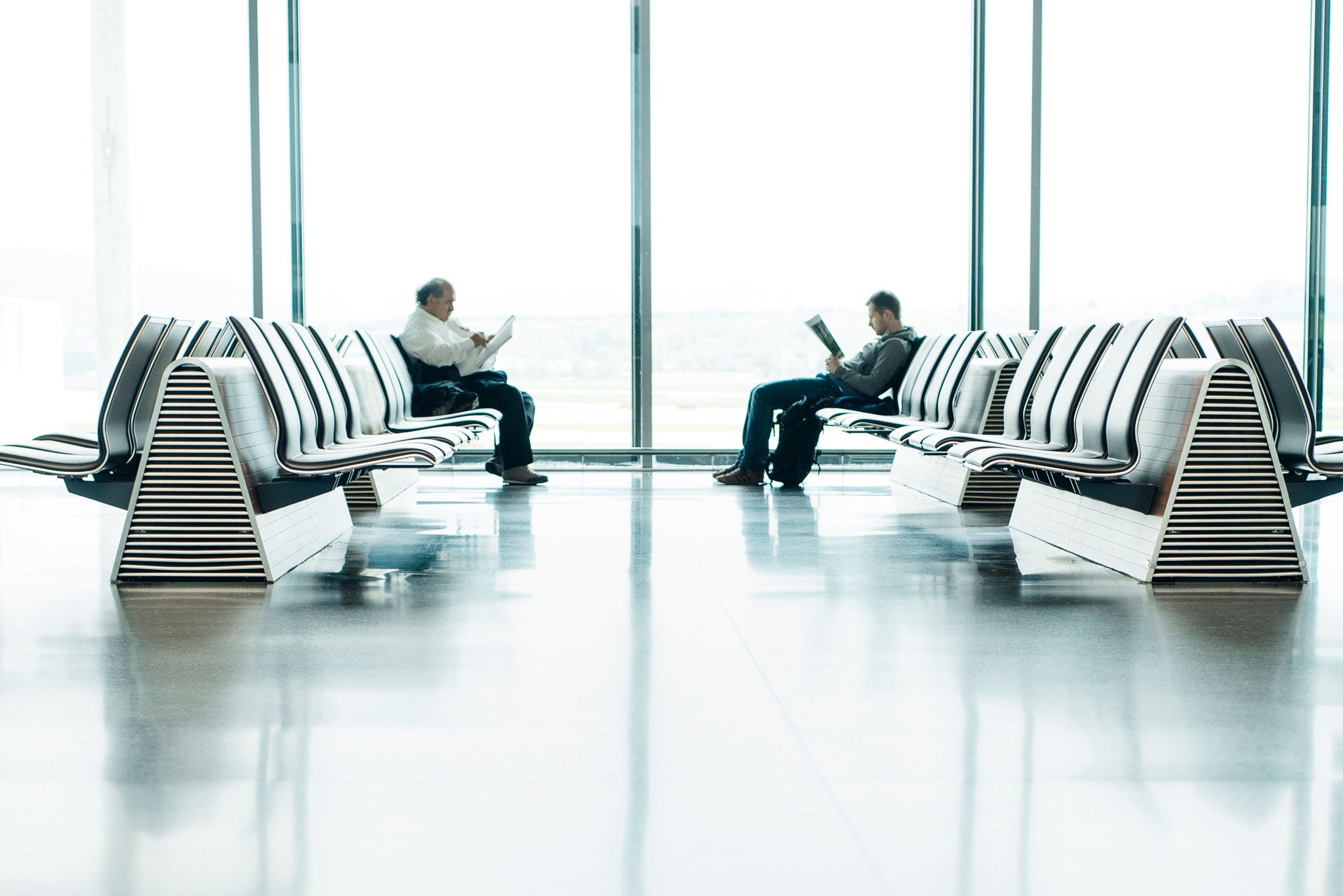 Finally, it was vacation.  I started the morning slow knowing that the weekend was going to be full of activity.  I headed to the airport to travel to Phoenix for a bachelorette party.

Minutes later I made my way through security.  As I was putting my laptop back into my backpack, I got my first alert.  My flight was delayed.  Upset, but knowing there was nothing that I could do, I opened my book and started reading.  No more than four pages in, I got my second notification.  Another delay.

I made my way to the help desk to change my connecting flight.  The gentleman in front of me on line stated, “Bad weather in Dallas, we probably won’t get there today.”  I smiled unsure of what to say.  It was 11:30 am and he had already started thinking our flight to Dallas would be cancelled.

I got a new boarding pass and resumed my seat at the gate.  Six more updates followed and I exchanged my ticket for four different connections. In the meantime, I joked with other passengers, took advantage of the free snacks, and relaxed.  The plane I would take to Dallas was enroute and I knew it was just a matter of time before I got on the plane.

The plane landed and I watched all the passengers exit the plane.  I was excited to finally be boarding-  four hours late, but nonetheless, boarding.  That’s when the gate employee came on the intercom and stated “Your plane to Dallas was struck by lightning on the way into Evansville and maintenance needs to make sure it is fit to fly.”

I was instantly deflated.  Hope seemed to disappear by the minute and I found myself no longer joking with fellow passengers.  Instead, I joined a conversation with the pessimistic man that predicted we wouldn’t make it to Dallas hours earlier.

The next three hours dragged on and I felt miserable the entire time.  I was angry, bitter, and impatient.  I started thinking that we weren’t going to make the flight after all.  And, we didn’t.  Eight hours after arriving at the airport, we were told our plane would not be going and we all needed to rebook for the following day.

The gentleman was right… we weren’t going to Dallas.

On the drive home, I noticed something.  I’m an optimistic person and I try to see the good side of things.  But, in those final hours, I gave in to negativism and frustration.  I gave up hope and I gave up my optimism.

When I looked back on the entire day, the first four hours weren’t that terrible.  I met some nice people, laughed and enjoyed some free time.  But, the last few hours I texted people bitterly and was unable to do anything productive because of my mood.

One of the greatest arguments about optimism is that it can lead to great disappointment when expectations aren’t met.  Sure, I started with optimism, but I ended with the realization that I wouldn’t make it to Phoenix that night. I have to tell you, my expectations weren’t met and I was greatly disappointed.  Letting go of the optimism didn’t soften the disappointment.  Instead, it destroyed the journey.

If we think about this in the context of our greatest goals, optimism is the way to enjoy the journey.  In the eight hours I was at the airport, only the last couple were painful.  Until then, my optimism allowed me to accept my circumstances and having hope allowed me to enjoy them.  Being more realistic didn’t allow me to cope any better with the flight cancellation.  But, it did cause me to be more anxious and enjoy my current circumstance less.

I’ve been called a blind optimist more times than I can count, but optimism allows me to better handle unwanted situations.  I can hope (and believe) things will improve.  Even if they don’t, I had a better mood in the meantime.

When things don’t work out, I’m going to be deflated regardless… why not choose hope and enjoy the process.